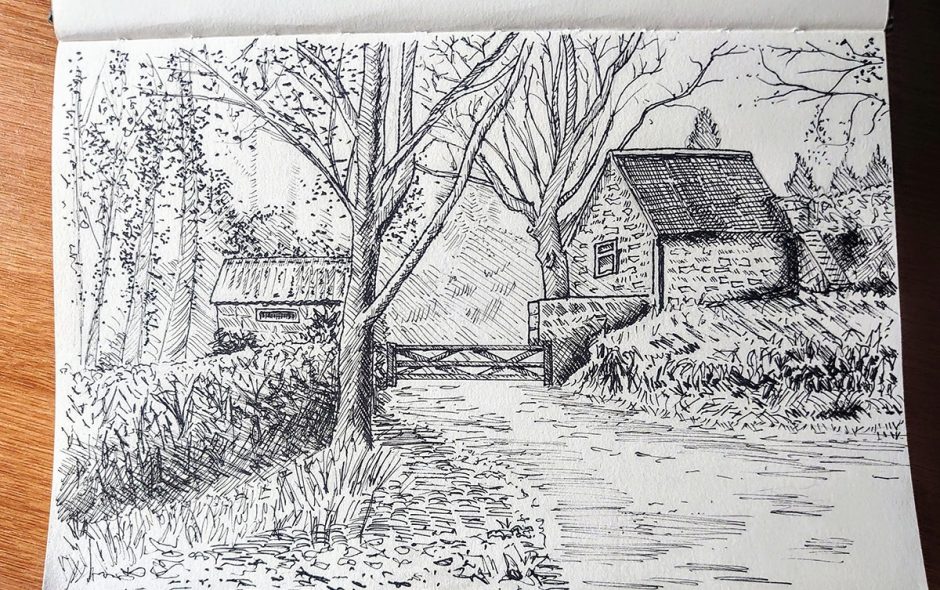 Back in early 2015 when I lived in East Sussex, ‘walk 500′ miles was one of my goals. At first, two miles was a challenge, but it wasn’t long before I studied my OS Explorer maps for the area and set off in the afternoons on extended rambles, following circuits on footpaths across farmland, through woodlands, and back home along winding country roads.

The reference shot for this piece was one of only two I took on that particular January day. I must have been too lost in an audiobook at the time to take many photos. But for whatever reason, the entrance to someone’s property caught my eye and the camera came out.

I look back on that time with fondness. I loved exploring the place I lived on foot having spent nearly a decade knowing largely by road. Although at the time my focus was writing, it was all part of the same creative well. January had always been a dull, dreary time for me, maybe because I did little with it apart from the mundane. Suddenly it was filled with new experiences and possibilities. I discovered that the winter gloom seems a lot less cloying when you’re seeing the light recede from outside, rather than from the windows of home.

As the result of day three of daily sketching, and the first finished piece in around six months, I’m pretty satisfied with this one. Obviously my style and technique need work, but I’m just pleased to be creating again. 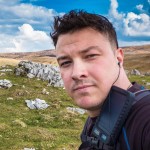 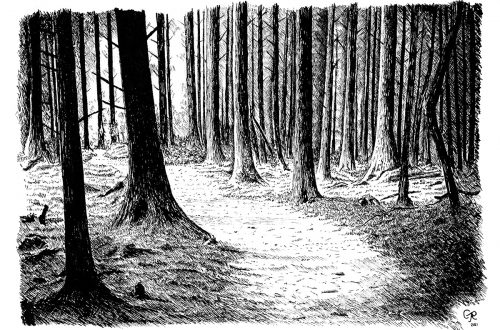 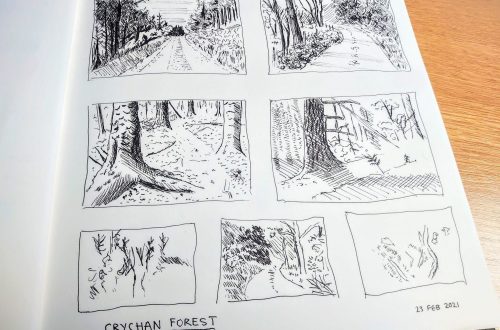 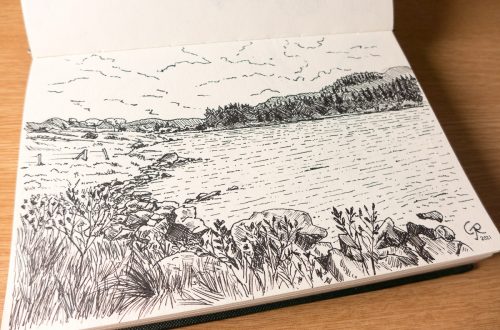